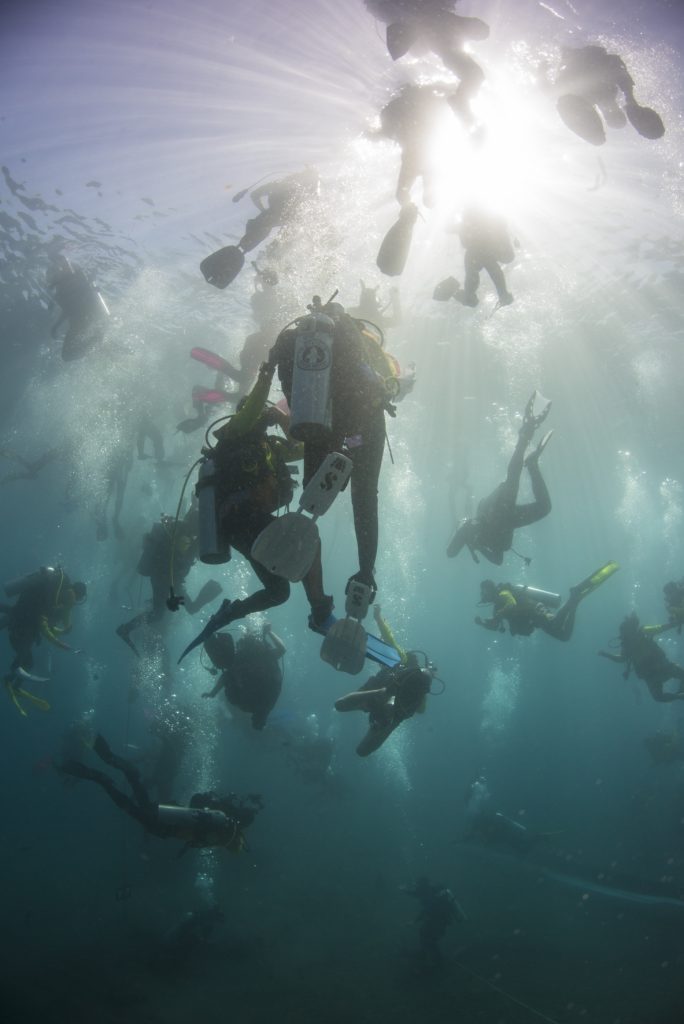 Their first Guinness record, ‘longest human chain underwater’, was set when the group formed the human chain underwater with 578 divers and linked hands for 10 minutes. A second record was broken when 3,131 Indonesian and foreign divers dove simultaneously at around 8:50 a.m on Saturday and emerged 15 minutes later. They broke their third and final Guinness record by unfurling a 1,014-square-meter Indonesian flag during an underwater flag ceremony. 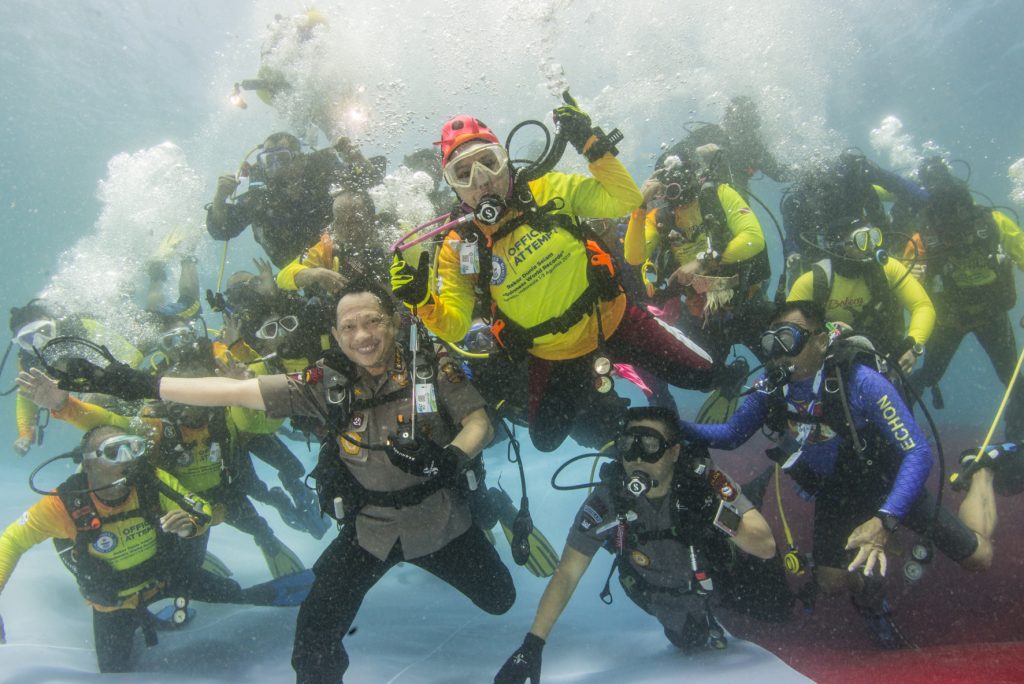