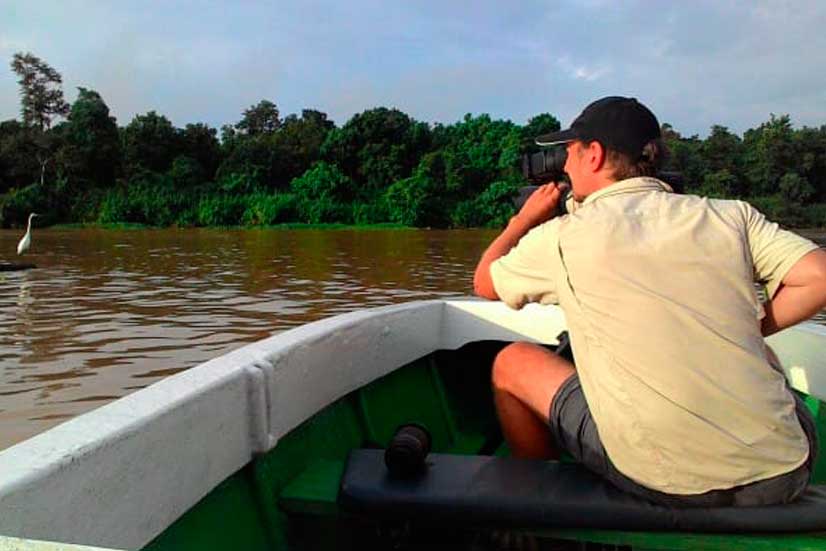 Over the last year, and more than 160 filming days, Scubazoo has been working with their coproduction partners, Wild Bear Entertainment, to produce two 3 part series on Sabah’s mighty Kinabatangan river. One series, for ZDF, is based around the indigenous tribes that live there and the people that are striving to protect it. The other, a blue-chip series for National Geographic, beautifully captures the wildlife that makes it’s home along its banks, from source to sea. The people based series ‘Amazon of the East’ will be out this summer in Europe, followed later in the year by the natural history version on National Geographic. Watch this space for screening times over the course of the next few months. 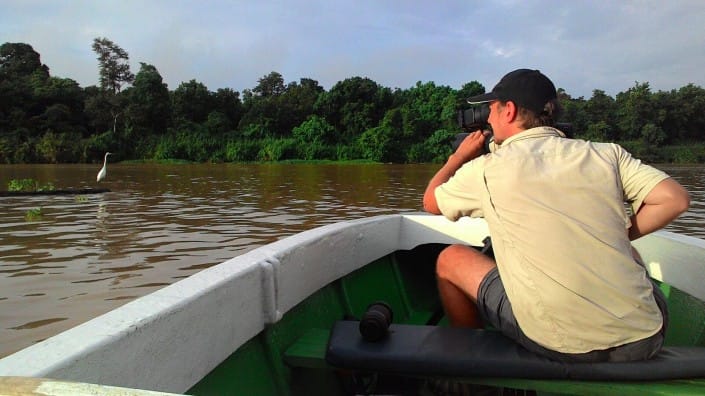 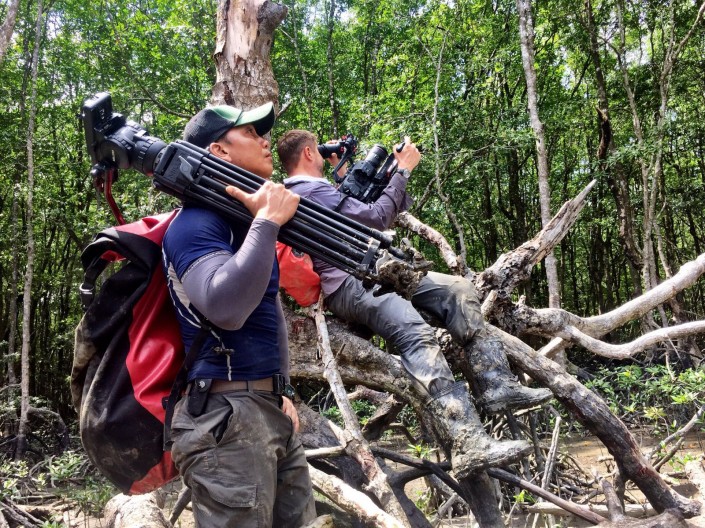 Cameramen, Chris Tan and Simon Enderby, stop briefly while trekking in the Mangroves of the Kinabatangan to film a hornbill feeding. 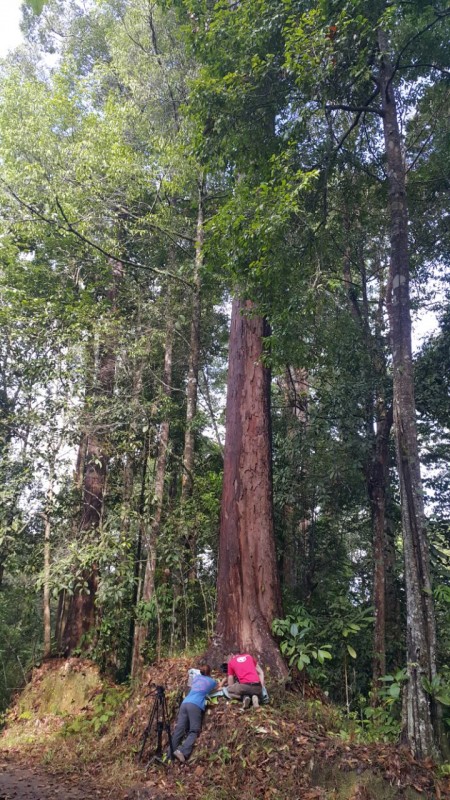