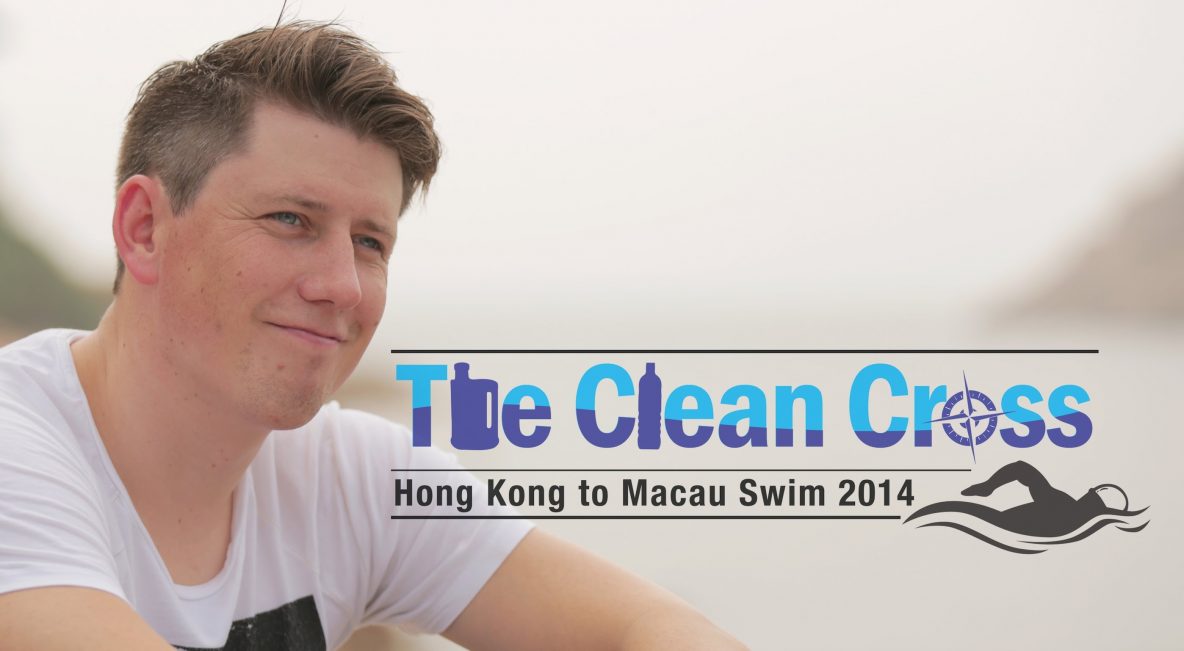 In May of 2014, the Scubazoo team went to Hong Kong, to shoot a short documentary called The Clean Cross Swim: Hong Kong to Macau. The film follows Simon Holliday as he attempts an open ocean swim from Hong Kong to Macau through the Pearl River Delta. The swim was to raise awareness for the ocean, and raise funds for Ocean Recovery Alliance’s Grate Art Project, which will put ‘street art for awareness’ on city streets near storm drains. These small ceramic artistic plaques will have a reminder message of not to dump into the drains, as they drain to the ocean.

Scubazoo’s film crew joined Simon, Shu Pu, Doug Woodring, and the rest of the team for 3 days to film the before, during and after of Simon making this challenging swim. The team faced many obstacles, such as boat breakdowns, ripping currents and filming in the shadow of huge cargo ships. Amongst the challenges were bright spots though. The entire Clean Cross team was blessed with having up to 30 Chinese white dolphins join Simon’s swim for over an hour. After all the hard work from both Simon and the crew, they not only made it to Macau but set a new record of 10hrs 20 minutes and 30seconds, smashing the previous record by over 20 minutes. Congratulations from Scubazoo to the entire team for a massive effort and a fantastic result. Watch the teaser above and stay tuned to find out when the full film will be released.

Find out more or Donate to the project

Thanks to Lifeproof for their great support in this event!