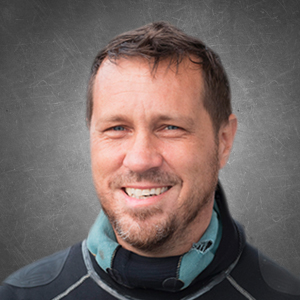 In 1995 Jason left his life working for a structural engineering company (as a draughtsman) in the UK to travel Southeast Asia and soon discovered scuba diving in Cairns, Australia. Having completed his PADI Divemaster he then trained as an underwater cameraman and towards the end of 1996 left Australia to join Simon Christopher in Sabah, Malaysia and help create Scubazoo.

Since then Jason has filmed and photographed extensively all over the world. During Jason’s twelve year career as one of Scubazoo’s senior cameramen he had many highlights such as overseeing the underwater logistics and filming for the two UK Survivor series and the Disney IMAX production Sacred Planet. He filmed on programmes such as Journeys of a Lifetime with Minnie Driver, Animal Planet’s The Jeff Corwin Experience, Nick Baker’s Weird Creatures and Perfect Predators for Discovery Channel’s shark week.

Choosing to focus on his passion for underwater photography full time, Jason is now the driving force behind Scubazoo’s Publications division. He was pivotal in the production of Scubazoo’s first coffee table book Sipadan-Mabul-Kapalai, Sabah’s Underwater Treasure as well as our 2008 coffee table book reef which has been translated into 10 languages and gone on to sell over 150,000 copies worldwide. Jason’s photographs and articles have been published in magazines and books around the world and his images have won several international awards.

When not in the water Jason is Scubazoo’s CVO overseeing the various SZtv productions, publications and general future of Scubazoo.